Titled 'Spirit' and filmed in the remote Indian Himalayas, the film picked up multiple awards in New York, Germany and Dehli. 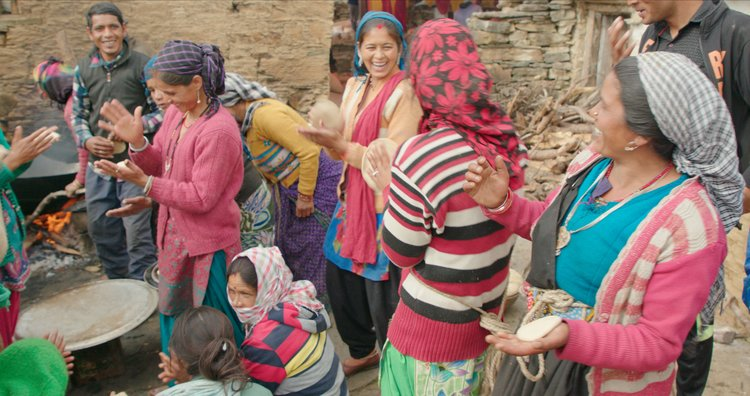 While studying her PhD in human geography, Dr Jane Dyson spent 15 months living in a hut and integrating with the local community. Helping with household labour, collecting firewood, herding cattle and weeding potatoes became a part of her daily ritual. The social and cultural practices of the local people, like the Pandav Lila Festival, became the basis for her thesis and the topic for the film, Spirit.

I’ve been curious about what the social and cultural changes in the region mean for people’s sense of belonging, physically, socially and spiritually. I wanted to explore the work, time and love that goes into creating a sense of belonging, but also how it feels."Dr Jayne Dyson

The film shows how longing and belonging can occur in a remote Indian Himalayan village when a young newlywed, Saraswati, arrives. Distrusted by the older generation of women in the village, the film charts the everyday work and spiritual practices that bind people together and to the land. The story culminates in the Pandav Lila festival as the villagers come together to eat, dance and pray to the gods of the Himalayan mountains.

Dr Jane Dyson worked as a Director and Producer alongside Ross Harrison - Director, Camera and Editing and Nicholas O'Brien - Sound, Recording and Editing.

You can watch Spirit as a part of India Week on Monday October 28, 5:30pm.