The Lord Mayor’s Charitable Foundation and the University of Melbourne are leveraging the benefits of a long-term philanthropic partnership with the Foundation’s ongoing funding of the Foodprint Melbourne research project.

The Foodprint Melbourne project, led by Dr Rachel Carey (Lecturer in Food Systems), is investigating the sustainability and resilience of Melbourne’s food system in the face of challenges from rapid population growth, urban sprawl, climate change and COVID-19. The project has a stakeholder advisory group that includes the City of Melbourne and local governments on Melbourne’s fringe.

The Foundation made its first grant for this research project in 2015, supporting an investigation of what it takes to feed Melbourne, how much food grows in the city’s foodbowl, and the capacity of this region to feed the city. The Foundation has made three further grants since, enabling the research team to develop a comprehensive evidence base to inform policy to protect the city’s foodbowl.

The team has been able to work with stakeholders and policymakers to develop a Roadmap for a resilient and Sustainable Melbourne foodbowl, earning them a University of Melbourne Excellence Award for Engagement in 2019, and has developed an award-winning set of teaching resources based on the research findings that are used in secondary school classrooms throughout Australia.

The ongoing philanthropic partnership between the Lord Mayor’s Charitable Foundation and the University of Melbourne is enabling the Foodprint Melbourne research team to develop an important evidence base that builds the case for policy that protects Melbourne’s foodbowl as a source of fresh food for future generations and increases the resilience of the city’s food system, so that we’re better prepared to face future shocks. 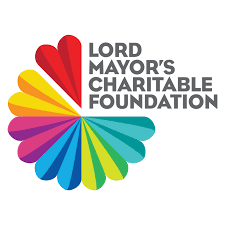 Find out more about the Lord Mayor's Charitable Foundation