Five students have been recognised   in this year’s Dean’s Fund for Science Scholarships.

The Dean’s Fund for Science Scholarships were established in 2017 through philanthropic donations to the Faculty of Science. The fund supports student scholarships and awards in the Faculty, including a number that specifically promote gender equity in Science by supporting female students.

The Dean’s Leadership Awards recognise female Masters students demonstrating excellence in leadership, while the Dean’s Excellence Award celebrates high-performing undergraduate female students in their third year of a Bachelor of Science, majoring in physics, chemistry or mathematics & statistics. The Dean’s Bursary (Women in Science) supports Masters students, with one award being allocated to a female student each year. The fund also sponsors the non-gender specific Dean of Science Bursary. “To communicate the complexities that our oceans face, receiving the scholarship will allow me to further my leadership development as well as reaching the University of Melbourne’s community”, Kristen said.

“I believe it is crucial for us to foreground the role that women play in marine science, conservation and governance… Ultimately I want to nurture, inspire and empower the next generation of leaders.” “This award will provide me with an opportunity to be formally recognised as an emerging female leader working at the science-policy interface.”, Imogen noted.

“This is personally an encouragement and affirmation of the time and effort I've put into study during the first   two years of my Uni life”, Yuhan explained. “It was a very pleasant surprise to find out that I would receive this award and I'm extremely grateful for the support and encouragement”, Hannah remarked.

“In these challenging times and a difficult past year, the encouragement to keep pursuing my educational goals has been very valuable.

Jennifer Huang is enrolled in a Master of Biotechnology, and received the 2020 Dean’s Bursary (Women in Science). 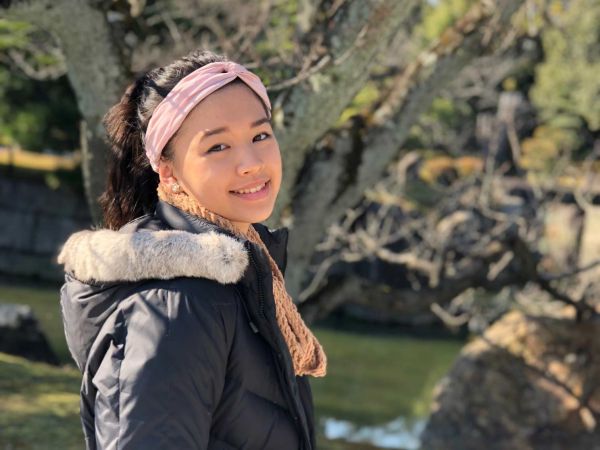 “The financial support of this award has allowed me to stay in Melbourne and continue my Masters degree. With this degree, I have already been able to interact with and learn from notable professionals in the biotechnology industry and for that I am very grateful.”

Renee Dyke is enrolled in a Master of Environment and received the Dean of Science Bursary.

“This award will enable me to live and continue my studies with so much less stress. It was an absolute godsend in a very uncertain time.”