The Indigenous Knowledge Institute has showcased and celebrated a variety of Indigenous knowledge perspectives with a two-day symposium to mark the International Day of the World's Indigenous Peoples.

With a packed program including talks from Indigenous experts and community leaders with their University of Melbourne colleagues, the symposium discussed how Indigenous knowledges perspectives can inform different areas including policy, health, justice, and education.

The fellows are leaders in their community and bring their deep expertise, knowledge, and connection to Country to the Indigenous Knowledge Institute.

Professor Kerr, or Auntie Di as she is known to many who live on Wurundjeri lands, is a respected elder of the Wurundjeri people. She works tirelessly towards the social and emotional wellbeing of First Nations communities through engagement with community and government in a range of fields, including health, childcare, education, native title, Stolen Generation support, environment and waterway protection, and other community work.

She provides leadership and cultural advice to local councils, corporate and community organisations, and she regularly presides on Welcome to Country ceremonies, and Women’s ceremonies for Aboriginal girls. She was a member of the 2018 Victorian Aboriginal Treaty Working Group, and signed the letter requesting the start of Treaty negotiations that led to the establishment of the Victorian Treaty Commission.

In 2021, she was inducted into the Victorian Aboriginal Honour Roll, and in 2019 she was awarded a Medal of the Order of Australia.

Her research will focus on understanding the extent of knowledge and practice of First Nations healing and medicine, with a focus on treatment of infections.

“I was completely overwhelmed when I was offered my Fellowship as a Professor,” says Professor Kerr.

“But I am proud of my family and to be given the opportunity. Pretty awesome, I thought. Professor Pawu is a Warlpiri elder and ceremonial leader. He is a senior custodian of the Lajamanu community, and he liaises extensively on behalf of the community with government, law enforcement, health agencies and cultural organisations.

He has a desire to communicate and educate the younger generation, both Indigenous and non-Indigenous, in the significance of cultural heritage. He has developed new educational and creative strategies for youth and community development through initiatives such as the biennial Milpirri Festival at Lajamanu, which focusses on traditional ceremony.

“All these stories, all this knowledge: I’m trying to share these as much as I can, with anyone who will listen,” says Professor Pawu.

“People need to know. It’s time for me to get it, to put this knowledge out there. Things are getting desperate now. There are only a few of us who still hold this knowledge.

“We want to share to Warlpiri and, more widely, to those who will listen. I’m looking forward to all the different things we are going to do.” 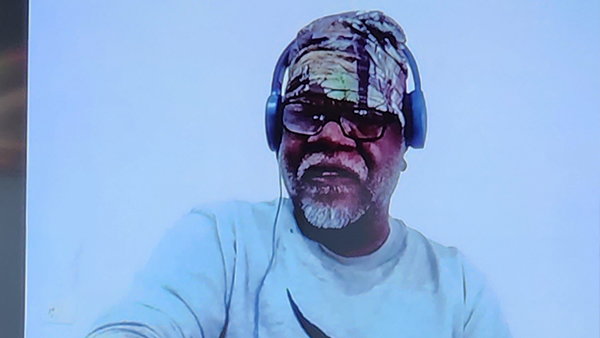 He is an accomplished musician and illustrator, and spent many years training to become a leader of Yolŋu ceremonial traditions. This includes becoming a master singer of Manikay, the precious yet endangered Yolŋu tradition of ceremonial song and dance. Yolŋu ceremonial traditions carry detailed environmental and historical knowledge of Yolŋu homelands and ancestors, including the Yolŋu people’s many centuries of international trade with various groups of foreign seafarers via Southeast Asia.

At the University of Melbourne, Professor Garawirrtja’s research will include studying the Gupapuyŋu holdings within the Donald Thomson Collection and recording, and analysing the Yolŋu Manikay. He hopes that this will form a basis for expanding the vocabulary of Gupapuyŋu creative expression and artistic practice in ways that are accessible to the many heirs of Gupapuyŋu law and culture, so that they are left with new strategies for cultural survival into the future.

“I was surprised when I learnt the University wanted to make me a Professor,” says Professor Garawirrtja.”

“I think of universities as places of the highest learning. So, it’s important that the highest standards of learning in Yolŋu knowledge are recognised in this way also. It gives me strength and the opportunity to share my knowledge with other Indigenous people around the world.

“Yolŋu people have been sharing our knowledge with universities for about a century now. I look forward to this new partnership with the University and the benefits for people that will come from it.” 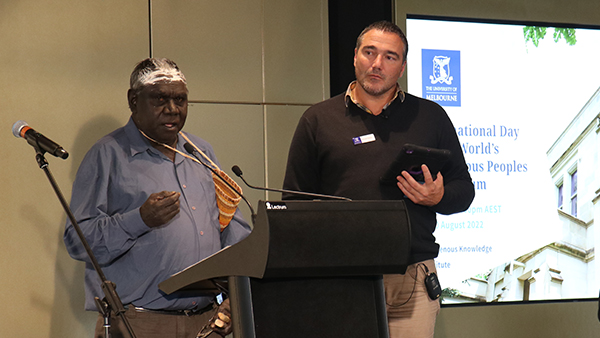